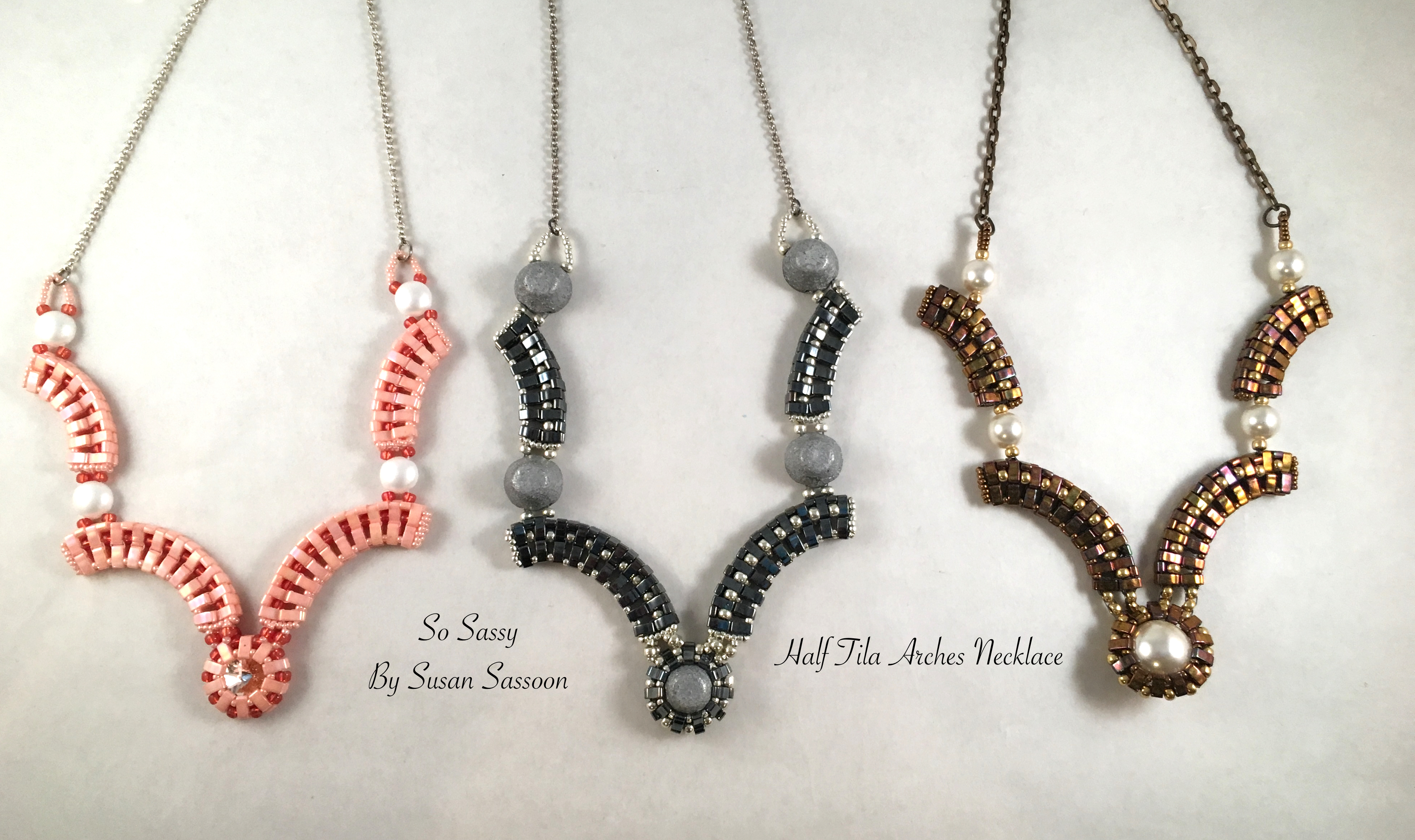 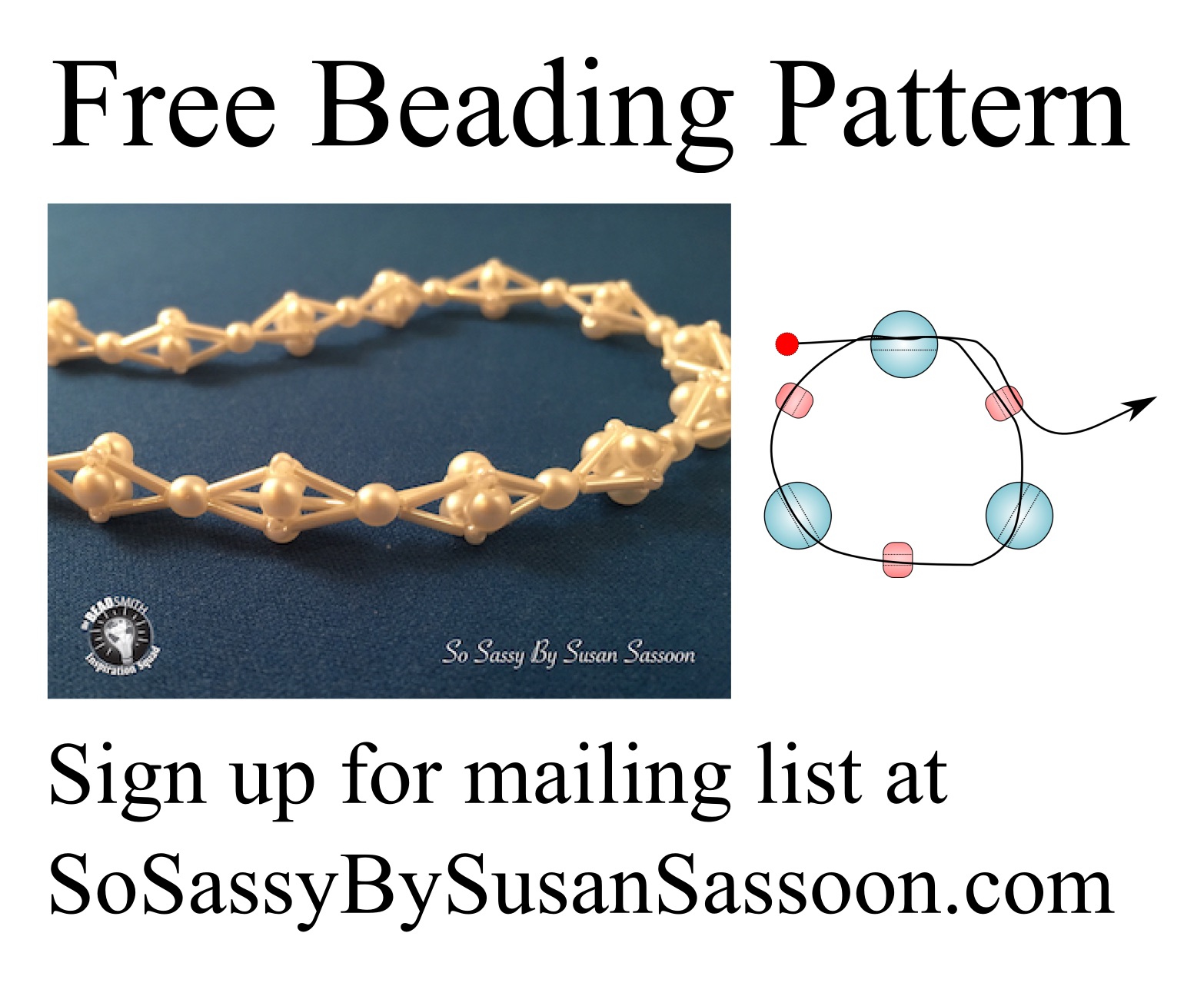 If you’ve never tried one of my patterns and would like a free pattern to see the quality of my work, you can sign up for my mailing list and I will send you a free exclusive pattern that is not available in my store!

I’ve heard some beaders say that they are afraid to purchase a pattern because they do not know what the quality of the pattern will be and they are worried that they will not be able to understand the instructions. I completely get that! I would like to offer you this pattern so that you can “try before you buy”.

The pattern is for an understated but funky chain made with bugle beads, seed beads and pearls. It can be worn on its own or used as a chain for a coordinating pendant. It can be made monochromatic, like my sample, or with contrasting colors. You can vary the design by using different size bugle beads and pearls. I’d love to see what you come up with!

The pattern was designed as a funky variation to my most popular pattern, Etherial. You can find the pattern for Etherial here: https://sosassybysusansassoon.com/product/etherial-netted-pearl-with-bugles-necklace-tutorial/

This website uses cookies to improve your experience while you navigate through the website. Out of these, the cookies that are categorized as necessary are stored on your browser as they are essential for the working of basic functionalities of the website. We also use third-party cookies that help us analyze and understand how you use this website. These cookies will be stored in your browser only with your consent. You also have the option to opt-out of these cookies. But opting out of some of these cookies may affect your browsing experience.
Necessary Always Enabled
Necessary cookies are absolutely essential for the website to function properly. This category only includes cookies that ensures basic functionalities and security features of the website. These cookies do not store any personal information.
Non-necessary
Any cookies that may not be particularly necessary for the website to function and is used specifically to collect user personal data via analytics, ads, other embedded contents are termed as non-necessary cookies. It is mandatory to procure user consent prior to running these cookies on your website.
SAVE & ACCEPT
Loading Comments...